Time for another market haul! 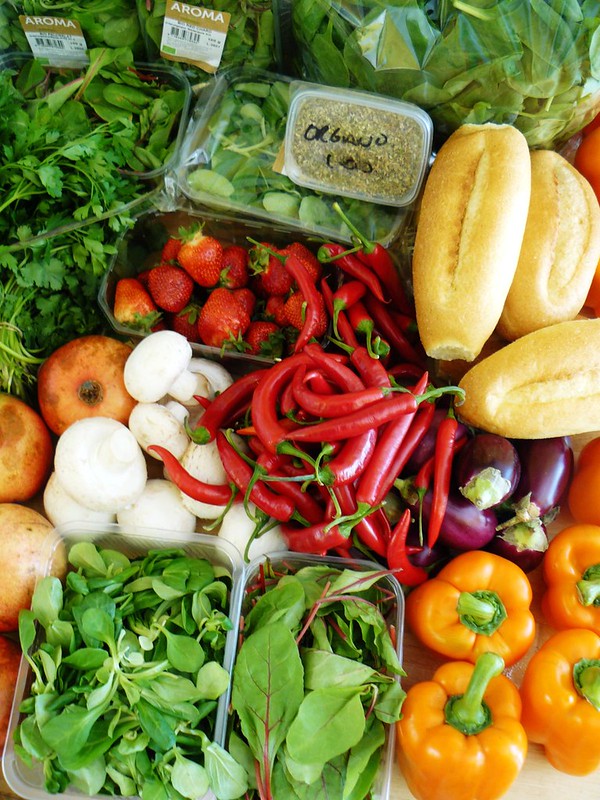 Here’s what I bought: a bag of chillies, lots of chard, lots of lamb’s lettuce, a bag of spinach, 5 bread rolls, pomegranates, orange peppers, mushrooms, strawberries, fresh herbs (mint, parsley, and coriander), the cutest little aubergines, and dried oregano. This was a while ago, but I’m pretty sure everything was €1 except for the strawberries (which I think were €1.50).

All of this barely fit into my fridge, so this is what I made first: 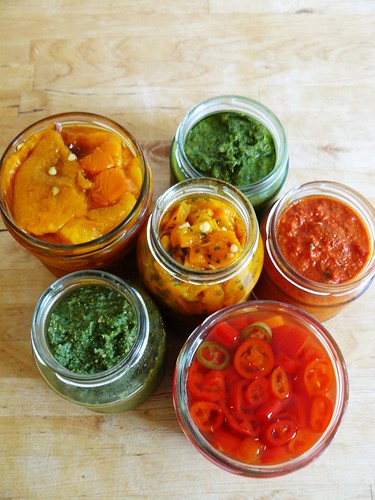 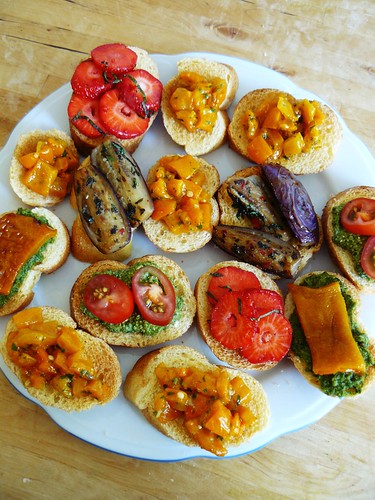 Things in jars! They take up much less space. Most of the parsley and coriander went into chimichurri sauce and parsley pesto. I really liked the quick-pickled chillies and harissa I’d made the last time I’d bought red chillies, so I made another jar of each of those, too.

My boyfriend had discovered a ready-made yellow pepper bruschetta that he really liked, so I wanted to try to recreate that. I roasted most of the peppers, then mixed some of them with garlic, herbs, oil, salt, and vinegar. Other crostini toppings pictured above are pesto & tomato, chimichurri & roasted pepper, strawberry & mint, and stir-fried aubergine. 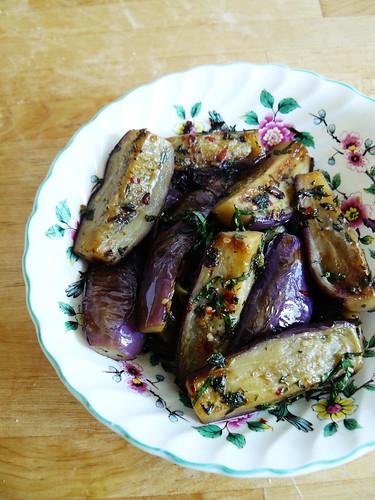 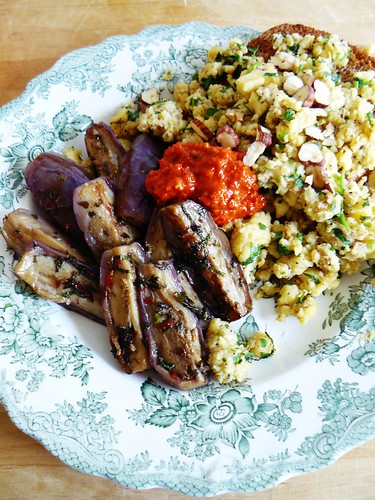 My new favourite way to prepare aubergines (inspired by this recipe from The Kitchn): marinate them in oil with garlic, chilli, and herbs, then stir-fry until soft and slightly browned. Add a splash of wine or water near the end, and briefly cover the pan with a lid if you want to get them extra tender.

I had the leftover aubergines with a chickpea flour scramble inspired by this recipe from Serious Eats (with hazelnuts instead of pine nuts). It wasn’t until I’d taken my first bite that I remembered I hadn’t bothered to take the seeds out of the chillies and this harissa was waaay too spicy for me. Oops. At least my boyfriend liked it, and we both loved the scramble. 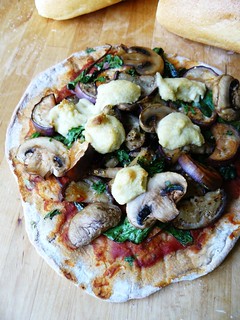 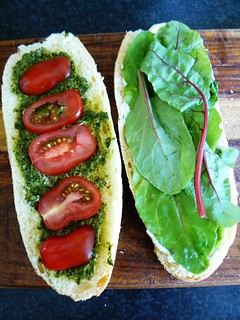 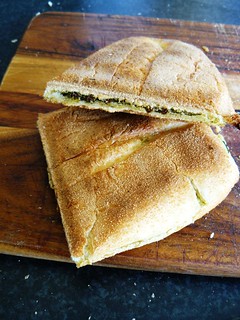 On the left: a quick pizza made up of leftover flatbread with mushrooms, aubergines, greens, and sunflower seed cream on top.

In the middle and on the right: panini! 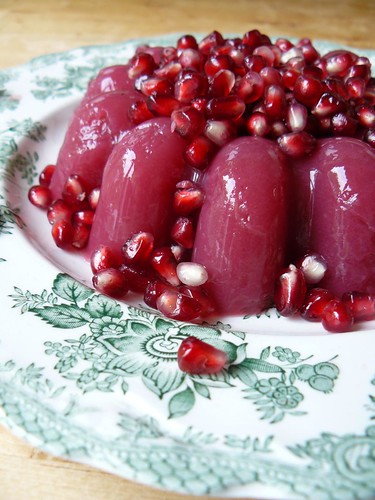 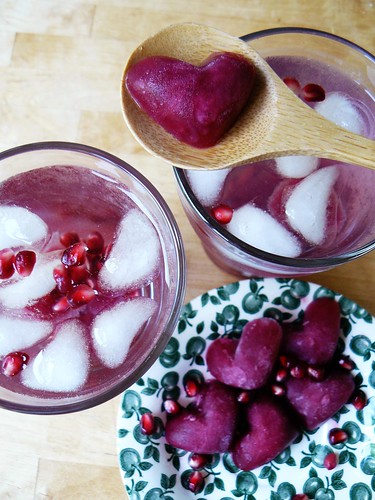 After a few days, the weather got so hot that all I really wanted to eat was ice cream, water, and fruit, but I still tried two new things. Agar pudding was still on that list of cooking resolutions I keep forgetting about. This one has pomegranate juice (from mashed/strained pomegranate seeds), lemon juice, sugar, and water. I didn’t have enough agar to fill the entire mould (which may be why it didn’t come out in one piece) but I thought it came out quite well for a first try. I used the rest of the juice to make heart-shaped pomegranate ice cubes. <3 <3 <3 Getting the juice out of the pomegranate seeds was a bit of a pain (I’ll try the blender next time), but at least the jelly and drinks helped us through the heat wave.

Finally, VeganMoFo 2015 is coming soon! It’s starting on the first of September and you can read all about it here and here. I haven’t signed up yet (I’m still brainstorming ideas) but I’m already looking forward to reading everyone’s posts!