This is the second part of my list of short updates on the cooking resolutions I posted last year. I posted the first part last week.

23: Rice paper rolls
I’ve been eating these pretty often since I first bought a bag of rice paper. It’s my favourite meal for hot days when I don’t want to do any cooking other than chopping vegetables. My favourite fillings up until now have been crunchy fresh vegetables (carrots, cucumbers, radishes, courgettes, peppers, cabbage, things like that), fresh herbs, baked or pan-fried tofu, and avocado with peanut sauce and sriracha on the side.

25: Martine‘s Roti
I posted about this last year. 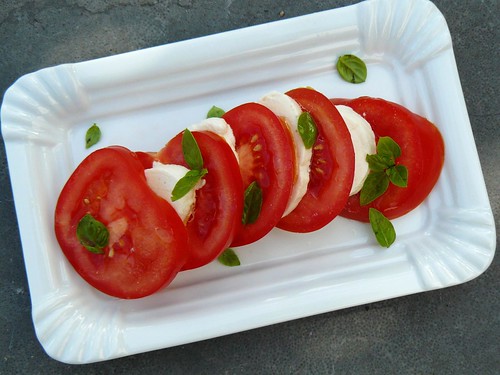 I had fun just making these: you use an ice cream scoop to form balls of mozzarella and then they firm up in a bowl of ice water. I used this recipe from Miyoko Schinner which consists mostly of cashews and soy yoghurt. My mozzarella had a very mild flavour, but my experience with fermented cheeses is still limited — I had trouble determining how long the mixture should sit before it was “ready”.

27: Chimichurri something
I wrote about Isa’s tempeh chimichurri here. Since then, I’ve also made the sauce to go with tofu and several kinds of vegetables. I’m glad coriander and parsley are so cheap at the market.

28: Romesco
I made the romesco from Isa Does It earlier this month. That recipe was a spread and not a sauce, but I say it counts. I’m going to try it in sauce form, too.

30: Seitan slices
I made the Gobbler Slices from Vegan Sandwiches Save the Day; more details here.

34: Yoghurt
I’ve made yoghurt three times now: once using a thermos, once using glass jars inside an insulated bag and once using the yoghurt maker I found at a car boot sale. Each time, I just mixed warm soy milk with a bit of ready made yoghurt and left it overnight. It worked okay, but I still need to try out a few recipes to get the texture right.

37: Carrot cake
I crossed this one off the list on the first day of this year’s VeganMoFo! 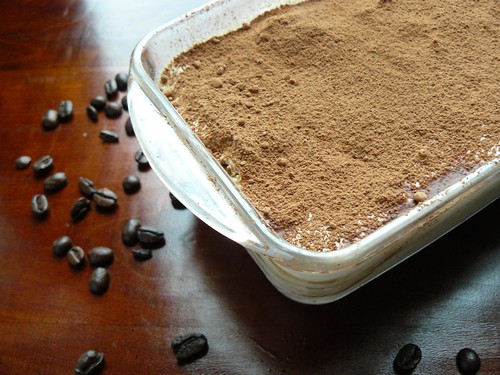 When I made my food resolutions I had been making mini versions of tiramisù, like parfaits or cupcakes, but I’d never made a full dish of the stuff. The one pictured above was a version of the wonderful recipe from Seitan is my Motor (I had to make a different cake because I was out of chickpea flour) that I made for Christmas last year. (I tried to “artistically strew” some ingredients across the table for this. Food styling is hard.) I love this recipe and I’ve also made a wonderful version with chocolate biscotti, but I don’t have a photo of that one — I think that means I’ll just have to make it again?

39: Flourless chocolate cake
I tried a recipe and then accidentally left out one of the ingredients, so the end result wasn’t the best. I’d like to make another one and follow the recipe more closely. 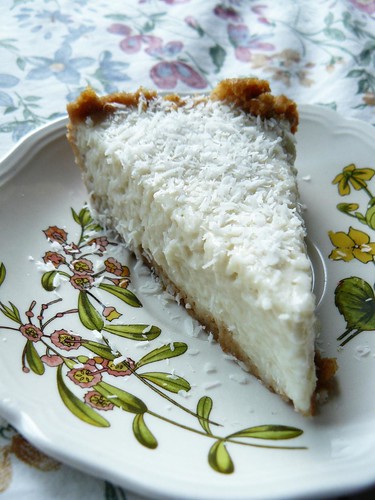 I made this for my boyfriend’s birthday last year because he also loves non-vegan cream pie and sure enough, we both really enjoyed this one. The recipe is from Vegan Pie in the Sky.

44: Clafoutis
I don’t want to cross this one off yet because my first try was just pathetic. It doesn’t help that I’m actually not really sure what clafoutis is supposed to taste like. I read somewhere that it’s like a big oven-baked pancake, so I made a beautiful pancake batter, poured it into an oven dish, covered it with fruit and put it in the oven. Or so I thought. I use  a combination microwave oven that had somehow switched to the microwave setting, so my clafoutis ended up barely edible. My boyfriend did say he liked it but I’m pretty sure he just felt sorry for me. I think I’ll have to look up a fool-proof vegan recipe before I try again. :)

49. Miyoko’s flax seed foam
It turns out flax seed is even more magical than I already suspected. If you boil it, it releases a kind of gel that you can whip and use in the same applications as the whites from chickens’ eggs. Of course flax and eggs have slightly different properties and the link above only shows the beginning of the possibilities, but I’d like to do more experimenting with this concept. So far I’ve made the basic recipe and used it to make a kind of lemon dessert with strawberries. 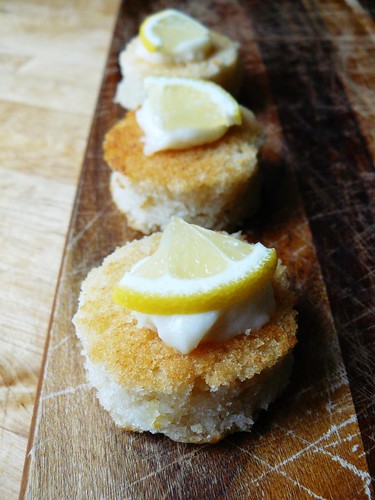 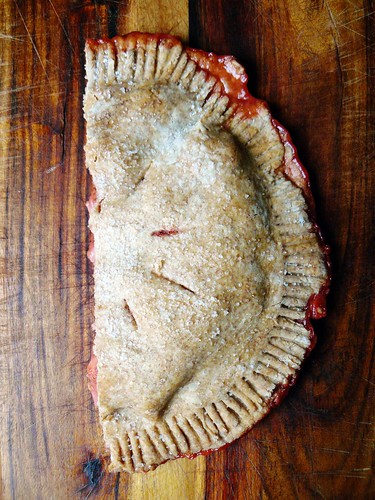 When I came home from the market with two boxes of raspberries that needed to be used quickly (more on that below), I immediately thought of this amazing-looking white chocolate raspberry tart I’d seen on Celine’s blog. Unfortunately I didn’t have the white chocolate or silken tofu required for the filling, so I went with a slightly different idea and made mini dark chocolate tarts instead. I halved Celine’s crust recipe, replaced the whole wheat flour with plain flour as that was all I had left, added a little cocoa powder for extra chocolate flavour, and baked it in a muffin tin (about 8 minutes for 6 mini crusts). The filling is a recipe from Vegan Pie in the Sky (Lagusta’s Chocolate Raspberry Pie) and even though I think I let the chocolate melt too quickly which prevented the ganache from firming up properly, I’m really happy with the way they turned out. I like that they’re not too sweet, so the flavour of the raspberries really shines. I’d love to try the white chocolate pie as well!

Lately I’ve been buying most of my vegetables (especially the ones that tend to be overpriced at supermarkets) at a local market. After shopping there a few times at different times of day, I now try to go in the morning when it’s not too busy and there’s still a good variety of produce to choose from. I usually bring a limited amount of cash (say, €10) and stick to that as my budget. I often spend less than that and just bring as much as I can carry, which will last us for 1-2 weeks. And I’ve found some pretty good deals! Here’s what I brought home today:

I did my best to protect the raspberries while carrying them home, but some of them still got crushed in my bag. Oh well, all the more reason to eat them straight away! The mushier berries were perfect in the tart filling and most of the whole ones found their way into our mouths by the end of the day as well. I don’t buy fresh raspberries very often so they’re a wonderful treat.

The artichokes were a little more expensive than I’d hoped, but I decided to splurge on them anyway because I love artichokes and my boyfriend has never tried them! I’ve never cooked them myself so I’ll have to look through my cookbooks for tips first. I’m hoping to counter my boyfriend’s reluctance to try new vegetables by appealing to his love for foods that come with dipping sauces, so I need to make a good vinaigrette or mayonnaise (or both)! Any ideas? :)

Thanks to everyone who’s been reading my posts and/or leaving comments! <3 Hope you have a lovely day.